"The Ship and Hankor" Part Two

Rather than go into a lot of detail about this, as the techniques are pretty much the same as I’ve used in the past I’ll mainly just put up some progress pictures. Two things to comment on, the attic windows I think are going to be a pain, I’ve only done the frame for one so far and it just did not want to go together. The second is the extra chimney at the end. It was on some of the earlier designs but not on the last sketch I did. I felt it was needed when I started to look at the actual shape. 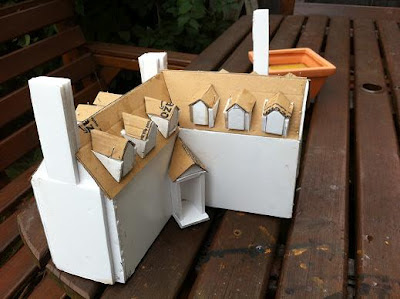 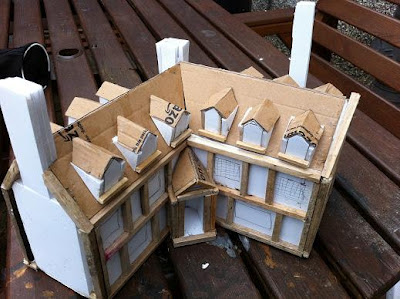 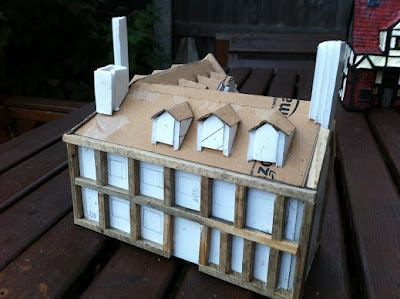 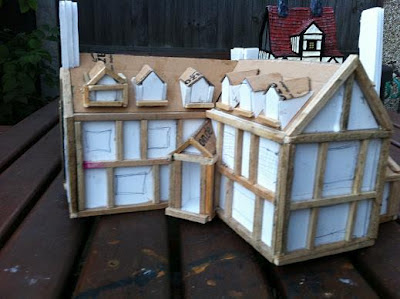