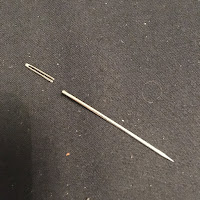 There have been a few occasions when the Doctor just wasn't the man you thought he was.

Despite several broken needles I've been dedicating a special panel on the tapestry to when the Doctor was not the man you though he was. 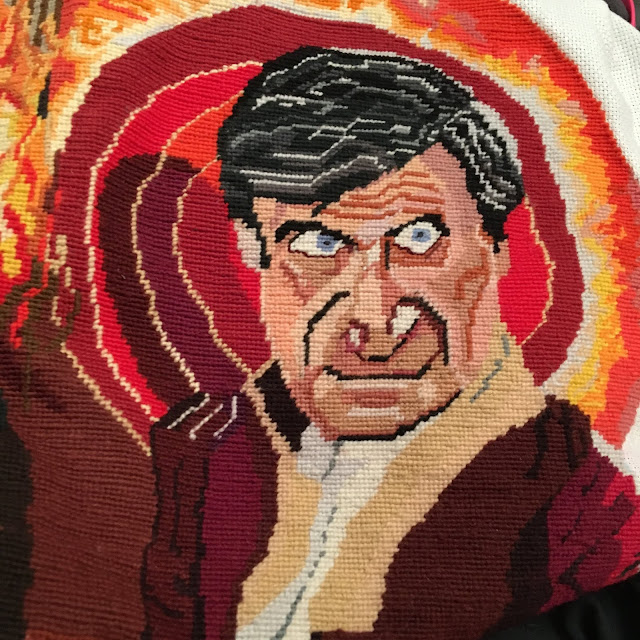 Patrick Troughton played Ramón Salamander
in The Enemy of the World 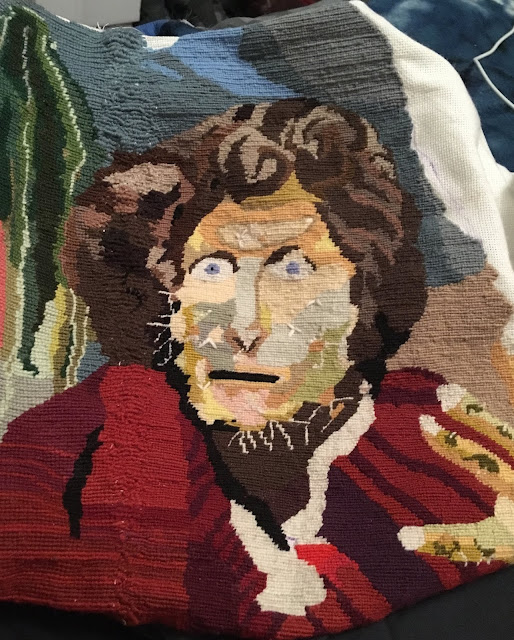 Tom Baker played Meglos in the story of the same name


Guess who's next to be added to the list? 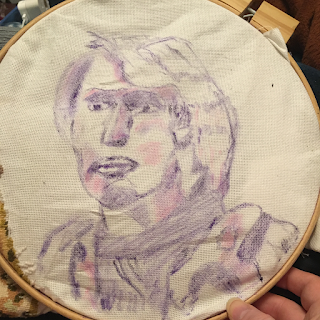 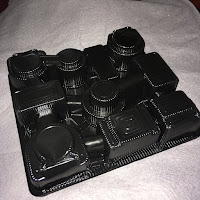 It has taken until Easter for me to mix up some plaster and start taking the moulds. 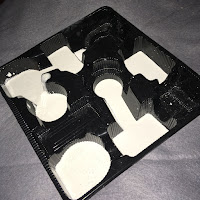 I think I must have mixed the plaster too thin as after several days it still feels damp and a couple broke when I took them out of the moulds.

These can be stuck back together, and I still think they have promise when painted up. 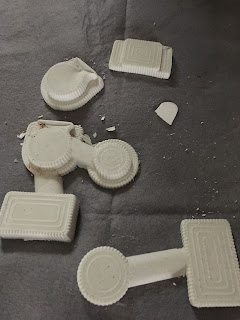 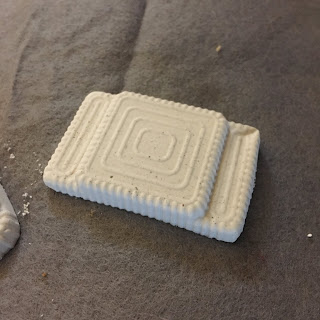 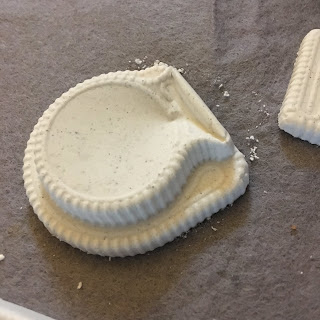 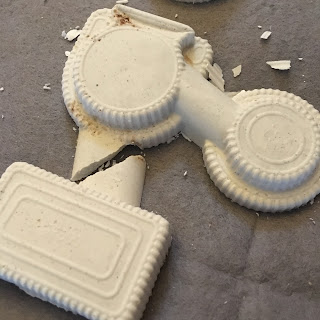 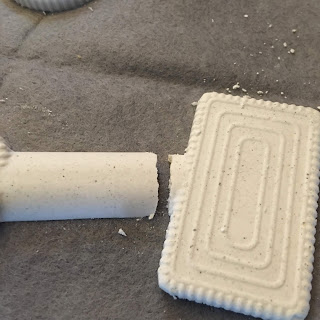 From time to time I make visits to some of the local charity shops, you never know there may be some interesting bits and pieces that are good for model making. You might even be lucky and pick up some old models, model mags or craft materials that have been donated. 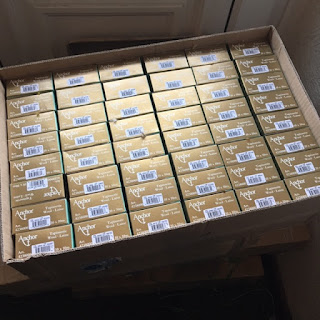 It was on just one such visit recently that I ended up spending quite a considerable sum, having made an extraordinary discovery. It started with a few packets of tapestry wool on display, a nice price and as I get through quite a lot and it is always good to have a wide pallet I am not bothered by what colours or shades that are on offer. 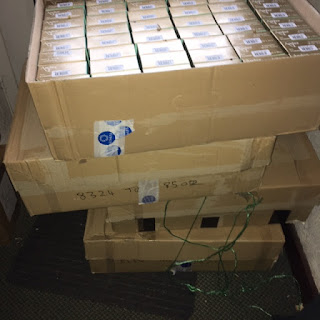 I was then invited to view a much larger donation, one they thought would take them years to shift at the rate they could package them up in a way that would be sold.

For me this was my lucky day. Four cases of Anchor Wool and some in a sack. Almost a complete a palette of colours

Email ThisBlogThis!Share to TwitterShare to FacebookShare to Pinterest
Labels: #DrWhoTapestry

Thrill Me: The Leopold & Loeb Story at Hope Theatre UPSTAIRS 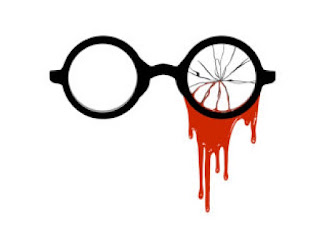 Set at a parole hearing in the 1950s, and using flashbacks to the events leading up to 1924, this is the story of Nathan Loeb; a love story without boundaries.

Told partly in dialogue and interspersed with bursts of songs, it is hard to categorize this play, is it Comedy Horror? is it Black Comedy? or is it an LGBT RomCom?.

It will have you glued to your seat wondering what the next twist will be, while you go through a roller-coaster of emotions in your head.

The Hope Theatre in Islington is a very 'compact and bijou' space above a pub, with what has to be said is an eclectic but friendly team of barstaff; that said what little space there was, was very well used, the props designed to be easily re-purposed as the story unfolded.

A sterling and believable performance by Bart Lambert (definitely one to watch out for in other productions in the future), supported by Jack Reitman as his charismatic lover and play-pal Richard.

Once again I hand the blog over to Marc for another theatre review - we went to see Tim Benzie's presentation of "Solve-along-a Murder She Wrote" hosted at the London Irish Centre, Camden Square on Saturday. 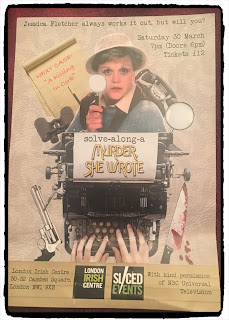 Did not quite know what to expect from this one from the description, but was pleasantly surprised.  After some initial technical issues which delayed the start by about an hour we were all ushered into a 1970s style ballroom, with a small bar at the back and handed a goodie bag.

In an explosion of enthusiasm the host bursts forth appropriately dressed as 'Jessica Fletcher' and the fun begins, with the solving of the mystery, using original video from the 90s, as well as some very high tech props. 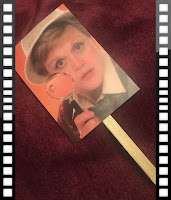 The whole event is in three acts with plenty of time to refresh your drinks and your lungs, as well as a merchandise stall run by an unfortunately named company (Fascist Pants), but they have some great products for sale.

Despite there being a number of issues with the technology throughout the evening (which I am sure will be sorted for the next time), this was a really fun evening with raffles, bingo and even a sing-along thrown in for good measure.
Posted by DJ Kettlety at 19:58 No comments: