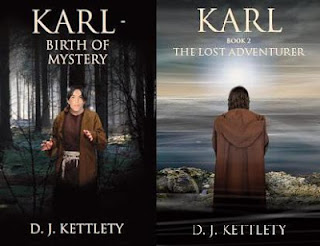 Since January 6th is according to the Christmas story the day the wise men actually arrived at the manger, the end of the 12 days of Christmas, and the birth date of Joan of Arc I thought I'd celebrate.

Okay there is another reason - it's my birthday also.

So on 6th Jan for one day only there is a 24 hour special offer on both installments of the Karl trilogy published so far on the Kindle.


Sorry but these are the only markets we can set up special offers on.

A little late but never-the-less the last of last year's book reviews. 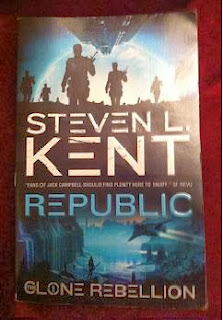 The first two novels in the Clone Rebellion series follow the struggles of Private first-class Wayson Harris as he climbs the ranks of the military which now uses cloned troops for most of the grunt work.

It is the year 2508 and humans now occupy six arms of Milky Way but it is not all peace and harmony. Rebellion appears to come from many quarters and Harris has to decide which side if any he is on.

The second book takes the story in a new direction, however where as the first made me want to move straight on to the second, by the time I reached the conclusion of that I felt the need to take a break before seeking out the third part. 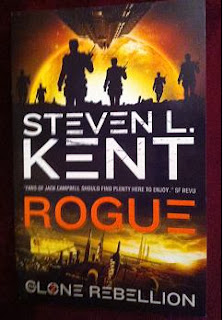 I felt a bit removed from the characters by the end of the second. This may have been deliberate since the story is told in the first person and Harris is very suited as a loner character that when any suggestion of a relationship might arise it feels very alien. 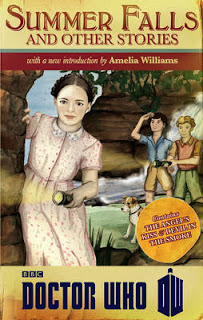 The Angel's Kiss by Melody Malone
(Inspired by the Doctor Who episode, 'The Angels Take Manhattan')

Devil in the Smoke, as recounted by Mr Justin Richards
(Inspired by the Doctor Who episode, 'The Snowmen')
Three very different stories, none of which explicitly feature the Doctor although that is not to say he doesn't make an appearance possibly incognito. The first two stories are stories suggested to have been written by characters in the series both 'ghost written' by two well established voices of Doctor Who literature. Here James Goss writes for Amelia Williams and Justin Richards for Melody Malone. All three give very different styled entertaining reads. The Angel's Kiss by Melody Malone is rich with innuendo that the joke might be lost on younger readers but it is impossible not to hear the great Alex Kingston's voice in your head as you read this story in voice of Riversong.