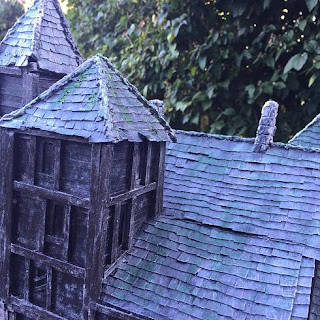 It’s been a long time coming, but finally the haunted house has been varnished. Last weekend, after blowing up the mower, I decided that Sunday would be dedicated to the models, weather permitting.

Fortunately the weather was, quite breezy but warm, so with the shade up I finally got the mother of all varnish jobs finished. After a few hours with the tin of varnish and the brush the haunted house is now all but complete. 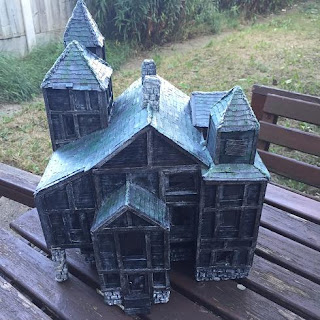 The only thing left is to reattach the stone ‘support’ pillar which keeps coming off. I also got four of the larger ghost town models that had been recently painted up varnished as well in the mammoth session.

The painting of these had not gone as well as I would have liked. The Wilko paint I had been using for ‘Burnt Umber’ has been changed since I originally discovered it. 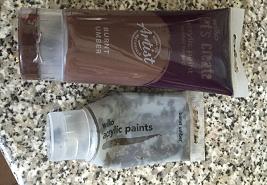 Although the tube are much larger, so more paint yay! this new version of Burnt Umber has come out more redder than before and I was forced to add a lot of additional black and white into the mix to tone it back to the darker wood effect I had previously taken to. 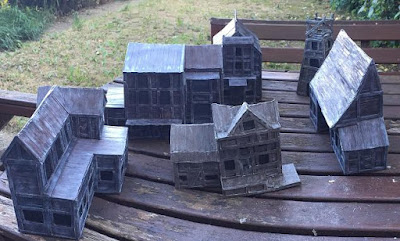 With Hobbycraft having had a special offer running this month on their acrylic paints I have taken the opportunity to pick up a selection of black, grey, white, umbers and others from their range and will be trying those out soon. 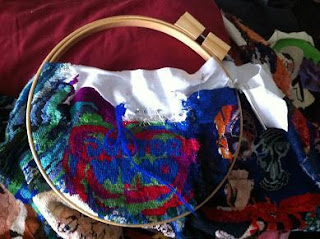 Meanwhile, whilst the mower was blowing up, I’ve also suffered a hard drive failure, some data was recoverable from backups but other data wasn’t. Hence the blog silence for a bit. I have however made good progress on the tapestry and will be posting some new photos soon.

(Oh and I not mention the boiler... They say things come in threes so I hope that’s me off the hook for several years now please!!!)