And so it begins

Now that I have finally succeeded in the annual rediscovery of the back garden, hacking through the undergrowth that looks like a scene from the 'Lift After Humans' DVDs, I can venture forth and start sanding down and painting some of the models built during the cold dark days of winter.

This is not this year's photo, but the scene before and after from a couple of years ago, however it was very much the same.

Hopefully from now on I will not be delayed posting as the problems with syncing the photos from the phone to the laptop have mysteriously gone away (after trying many online resolutions regarding turning settings off and on, deleting profiles and sacrificing chickens - none of which worked) it just started to work without any prompting, just as I was about to resort to manually transferring them.

The first three buildings have been rubbed down and had final fixes made to them, and two of them have now received their base coat, when this is dry I'll check for gaps where crevices need to be touched up before starting the first round of varying shades of brown.

So far so good, getting somewhere with these smaller models. Continuing on, a little later than planned* from my previous post. 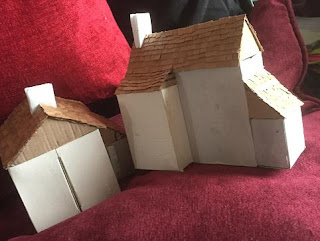 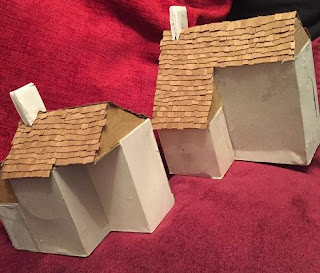 Roofs are on and I even managed over the recent back holiday to get a lot of tiles cut ready to stick on to them.

They are now beginning to take shape, and I find I can pick these up and do a little bit on them in short bursts when taking the odd break between doing garden clean up stuff, yes it's that time of year again, and the housework and the writing. 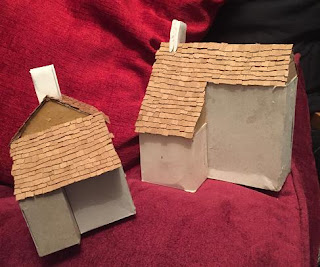 I found myself watching a DVD boxset of an old series 'Life After People', by the end of the first series it did begin to feel a bit monotonous but there were some great images of deserted places and buildings being reclaimed by nature.

I'll certainly be returning to these programmes when the time comes to build some more abandoned worlds. 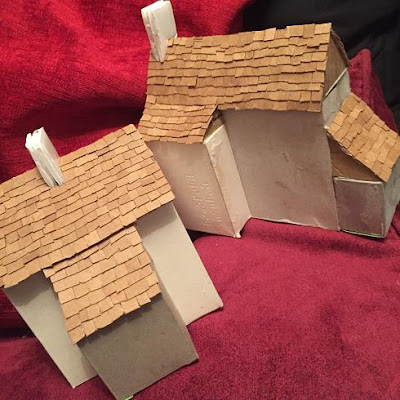 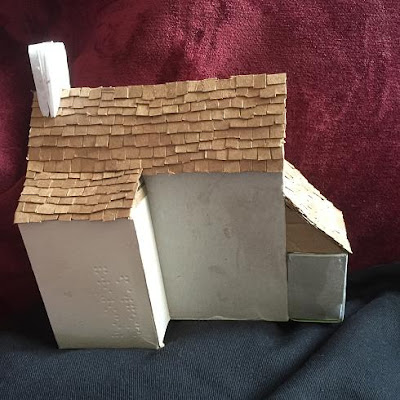 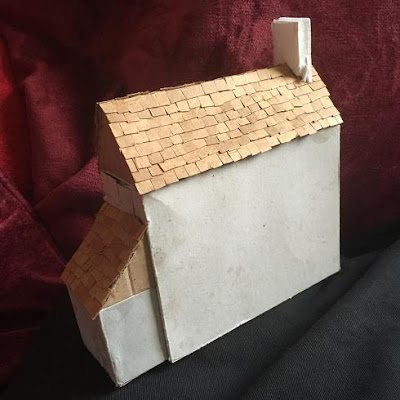 (*) This post has been delayed due to problems with photostream syncing since I upgraded my phone.
Posted by DJ Kettlety at 20:40 No comments:

One thing I've noticed recently is that the models are getting larger. There are not many basic homes coming out of the coffee stick ghost town production run. Aside from using random boxes used as the basic structure, I think I'm getting larger in order to get through the stockpile of sticks that are threatening to take over the kitchen.

It also means that to do any modelling starts to become a larger undertaking, shifting boxes and large models around before I can begin. I started, a few weeks ago, to prepare small boxes whilst waiting for the microwave or kettle to do their thing.

I've decided to keep the models from these boxes small, and to tile the roofs with small card squares like on some other models rather than use the wood. I should be able to work on these quicker, see results faster which might encourage me to work on them in odd moments rather than put off the modelling until I have a longer free period. 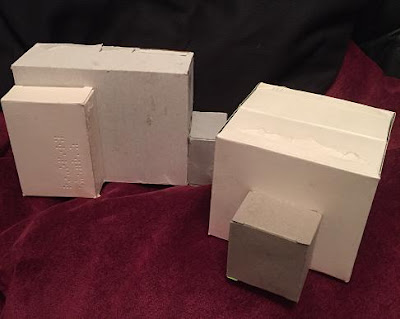 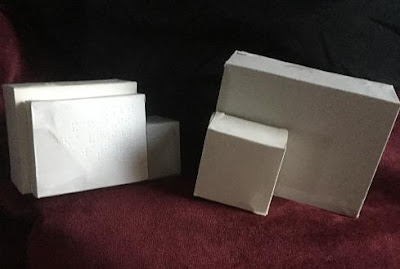 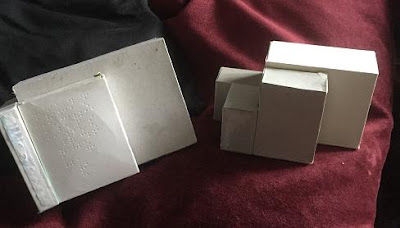 This small collection of buildings will be more basic and homely, and I have a game project in mind for them.
But that's for later. In the meantime, let's get started sticking the boxes together and getting the roofs on. 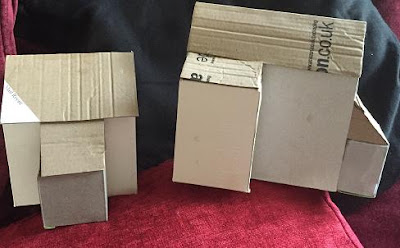 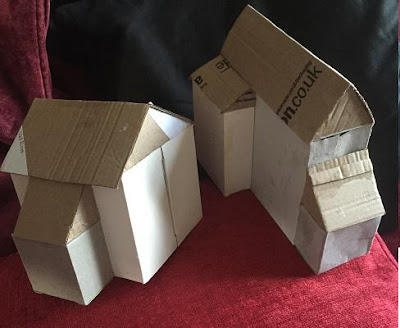