You may have noticed that I’ve not got much in the way of model building done recently. That has something to do with the fact that I’m not only working with Tenth Planet Events signings and Doctor Who conventions these days but also Fantom Films as well. This has meant that I was at seven events over six weekends not leaving a lot of time for building work.  These are fun to do and if you’re into science fiction and fantasy, especially but not limited to Doctor Who then why not come along to an event. These are held in Barking, Chiswick, Newcastle, Peterborough, Slough and South London – so covering quite a few miles travelling as well.

Also, if you do come along and would like me to bring a set of Karl books for you then drop me a line, because then I can offer them a special event price. You can find the next event I’ll be at featured in the right hand rail of this site. 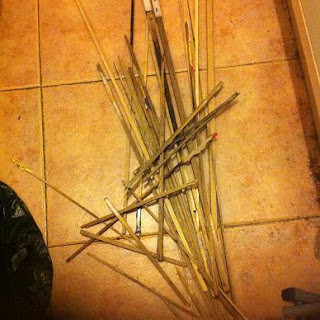 That’s not say that I didn’t take time to do my Dagenham walkabout following the national celebration of my brother’s birthday. Ok, so maybe November 5th has other significance as well which is why the fireworks are let off. It might have been because the date fell on a Thursday this year, that when I took the walk this year’s haul was incredibly small by comparison to previous years.  But before anyone starts to shout, I’m in total agreement that fireworks should be restricted, they do scare pets and wildlife and it is not fare on them at all, but whilst they are still sold I shall continue to round up what sticks I can to recycle into these buildings. All the frame work on the haunted house was built from the rocket sticks from the last couple of years. 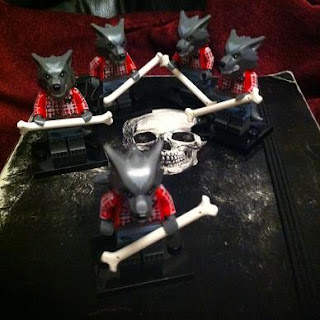 Building work aside I am also dedicating a lot of time again to writing, working on the new project that has been in progress now for a year or so since Karl was completed.

There are currently two volumes planned to the new series of books – I’ve given some hints out in the past but not going to reveal too much at the moment, only to say that I was very excited by one of the figures in the recent Lego Minifigure series that was released, you might be able to guess why from this photo. 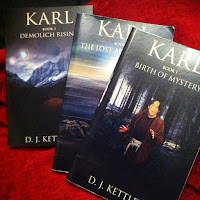 Back in September it was announced that the book arm of Berforts, Berforts Information Press, was put into administration. There are more details in the article on PrintWeek. Berforts were the publishers of the paperback edition of the Karl Axilion Trilogy.

At the moment I hold the remaining stock of the books, but once these have been sold there will not be another print run unless the books are republished by another publisher.

I shall continue to offer them for sale via the blogsite and at various conventions I attend while stock remains.

Once again, when they are gone, they may be gone forever. I can make no promises to future paperback editions being made available.

The Kindle editions are not affected and will continue to be offered via the various Amazon websites.
Posted by DJ Kettlety at 19:59 No comments: