Many a stitch has been stitched since the last update, sorry. For the latest images of the tapestry please check out my Tapestry Highlight on Instagram

Since completing the Ancient One I've added a Haemovore also from The Curse of Fenric and one of the Husks from Ghostlight. I'm now working on Light himself from the same story. 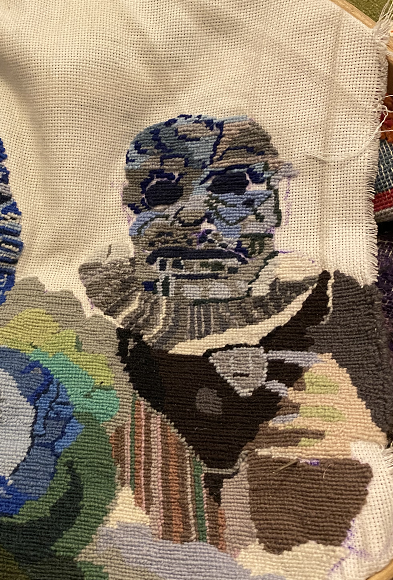 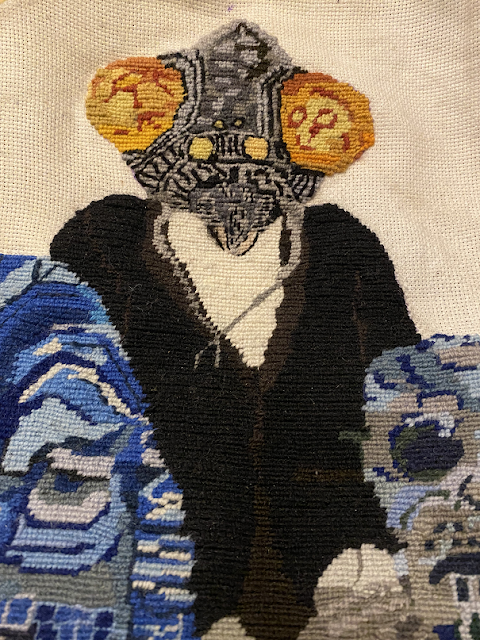 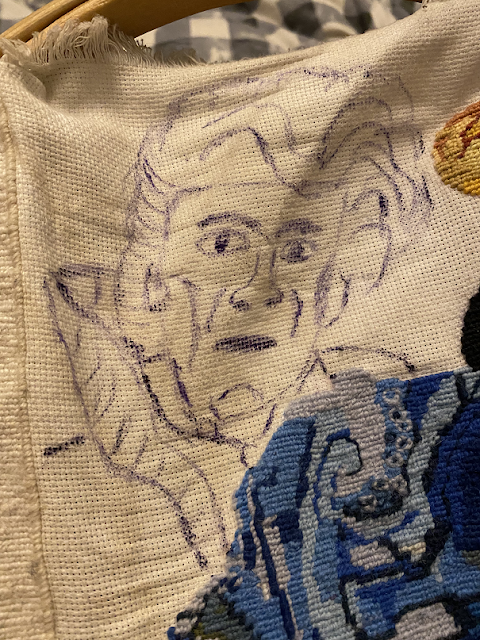 It was with great excitement that I finally got to join a theatre audience again on Sunday evening. 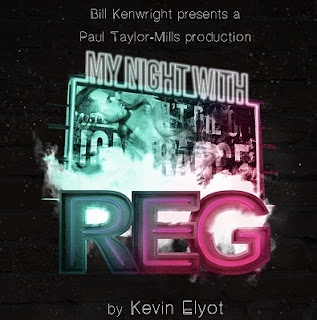 We took a trip to the Turbine Theatre alongside the old Battersea Power Station to see their latest show My Night With Reg, now extended until 11th September so there's still a chance to grab tickets.

The theatre is still operating with limited seating, with every other row of seats removed, it does give for great leg room, but cannot be good for business.

Be sure to download the theatre program from the QR code on the wall, because there are no physical programs to buy. I nearly missed it.

Set in the 1980s, the set provides a lot of interest even before the action starts.

I'm not going to spoil anything by telling you any more of the plot, but it engaged the audience well and the humour came in classic style as the penny drops.

A good night was had by all.